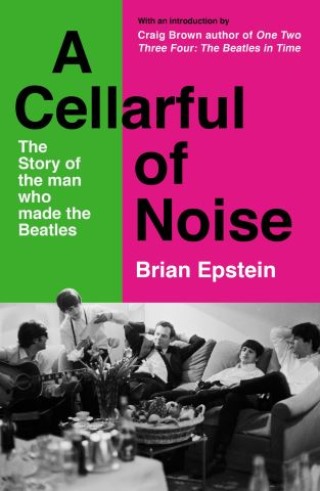 With a new introduction by Craig Brown

WITH AN INTRODUCTION BY CRAIG BROWN, BESTSELLING AUTHOR OF ONE TWO THREE FOUR

Everybody knows the Beatles: John, Paul, George, Ringo ... and Brian.

The Fab Four's meteoric rise is one of the most famous rags-to-riches stories ever told. And behind it all was Brian Epstein, the 'fifth Beatle' and legendary manager, who transformed the group from a small-time club band into global superstars.

What was his secret? How did one man lead these scruffy Liverpool lads to change the world of popular music forever? A Cellarful of Noise is Brian Epstein's original 1964 memoir of a life spent making music history. It includes thirty contemporary photographs which offer a glimpse of Brian and the Beatles on their way to phenomenal success.

Eye-opening, moving and constantly entertaining, this is essential reading for every Beatles fan.

Brian Epstein: Brian Samuel Epstein (19 September 1934 - 27 August 1967) was an English music entrepreneur who managed the Beatles from 1962 until his death. He was referred to as the Fifth Beatle due to his role in the group's business affairs, image and rise to global fame.