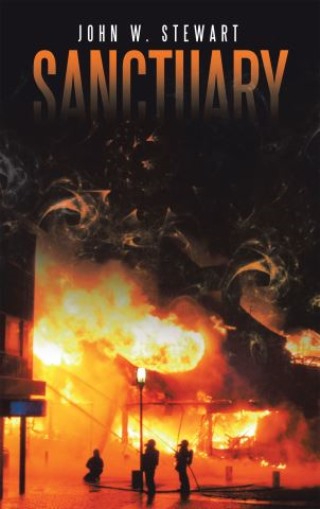 This is a fictional Christian thriller about a fire investigator, Will Johnson, with the State Police. He is also parttime sniper for the SWAT team due to his previous training as a sniper. After working a fire where three bodies were found on a holiday weekend, he’s called out with the SWAT team. He ends up killing the kidnapper but his bullet goes though him and kills the victim.

While on leave due to an Officer Involved Shooting, he packs his bags, leaves Pawleys Island heads to his farm in Woodruff, in the upstate of South Carolina, where he grew up. He needs to find his place of refuge, his sanctuary, like God told the Israelites.

Once in Woodruff he hides out at the farm for several weeks before going to town. The Police Chief, Maria Larroquette, and Johnson butt heads. He’s not sure why until his Major ask him to help her out in a fire with a missing teenage girl. He learns that several more girls are missing. Now, they need to find these missing girls, the kidnapper, and who set the bomb. After finding the missing girls, they still need to identify the unidentified girl.

He grew up in Woodruff and obtained a BS from Clemson University and a MS from Troy University. He retired with over forty years of Law Enforcement and Firefighting experience. He was inducted to the South Carolina’s Firefighters Hall of Fame. He now works as a Fire Consultant and lives at Pawleys Island with his wife. He spends his spare time writing.