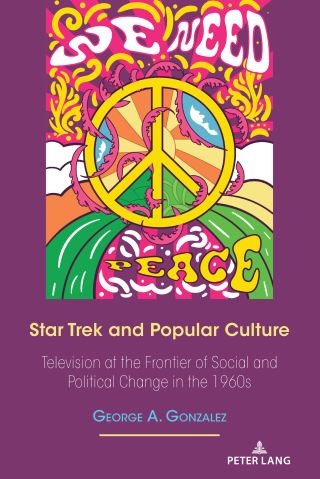 The 1960s (a.k.a. the 60s) remains a terrain of contemporary politics—with the values of period embraced or rejected, as well as differently interpreted. Popular culture is an important means to understand and analyze the political issues and controversies surrounding the 60s—egalitarianism, equality (civil rights, feminism), as well as anti-communism. In important and key instances popular culture (especially Star Trek [1966-1969]) was at the forefront of the progressive politics of the 60s. This book engages and analyzes the ongoing 60s through popular culture. The 60s is a pivotal period in American and world history—as the United States during this time turned away from white supremacy as official ideology. Also, the American public decidedly soured on U.S. military adventurism—as evidenced by broad public opposition to a military draft. Additionally, women (as a result of the feminism of the era) gained greater access to the public sphere and increased personal autonomy—non-discrimination (and anti-harassment) rules, abortion rights, and no fault divorce. Popular culture is philosophically significant because it allows people to cogitate reasons in the world—especially in the social, political realm. The creators of popular culture will often seek to offer the public authentic art, and much of the public seeks out authentic art. This makes American popular culture (in its finer forms) a viable source material about reason in the world. In this book the author doesn't seek to deconstruct popular culture; instead, he seeks to identify and analyze the reasons in the world depicted in it.

George Gonzalez: George A. Gonzalez (Ph.D., University of Southern California) is Professor of Political Science at the University of Miami. Among other books, he has published The Politics of Star Trek: Justice, War, and the Future, The Absolute and Star Trek, and Justice and Popular Culture.