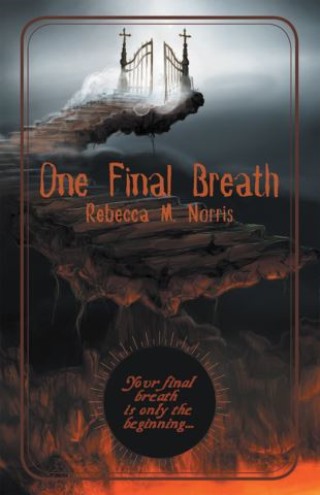 The inspirational tale of three lost souls as their choices lead them down an unexpected path to the truth.

Even though his girlfriend is doing her best to convince him that Jesus is God, Brooks just wants to live his life, not tie himself to a church pew. Indigo is grateful her best friend doesn’t browbeat her to follow Christ because the more she learns about science, the less she believes in God. Ilaria’s husband has been concerned about her for some time. She and their oldest daughter belong to what he feels is a horrible cult. Somehow he has to find a way to reach both of them, before it is too late.

A short time later as their lives suddenly collide, Brooks, Indigo, and Ilaria discover they have already made the most important decision of their eternity. Unfortunately, it is the wrong choice. Now the battle for their souls is over. They have taken their final breath, their decision is irreversible, and there are no second chances.

One Final Breath shares the inspirational tale of three lost souls as their choices lead them down an unexpected path to the truth.

Rebecca M. Norris is many things. An author is just one of them. She became a Christian at age nine and loves sharing Jesus with those who are around her. She has traveled to South Korea, where she spent time as a university English professor at Korea Nazarene University. While there, she met a man who shared the same loves that she did, including a secret desire for a Lord of the Rings themed wedding. She married him, of course.
She is now the proud wife of a terrific man who cheers her on no matter what she chooses to undertake. She is also the mother of two beautiful daughters who make her laugh and challenge her at the same time. Mostly, Rebecca M. Norris is just your average woman who loves life and the people she shares it with, including you, her readers.
Visit her at rebeccanorrisbooks.com.