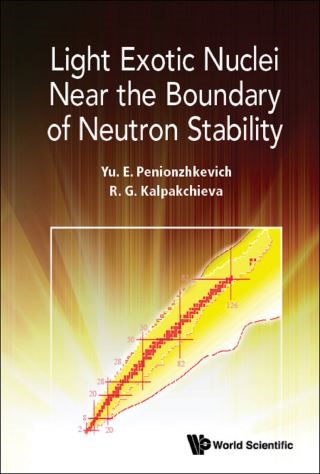 Light Exotic Nuclei Near the Boundary of Neutron Stability

The monograph describes the properties of the lightest nuclei with large excess of neutrons. The results of theoretical and experimental studies of neutron-rich isotopes with 1 ≤ Z ≤ 20 are presented while also changes in the structure of nuclei when going away from the line of β-stability are discussed. Information presented is on the mass, radii of distribution of nuclear matter, energy levels for excited states of these nuclei, the possibility of manifestation of a halo, as well as the deformation of nuclei and the quantum properties of ground states. The position of the boundary of nucleon stability for these nuclei is considered. The effects associated with weakening and even the disappearing influence of standard magic numbers and the appearance of new ones are discussed.The results presented in the book will be useful in other fields of science as well, including astrophysics.Contents:

Readership: Undergraduates and graduate students in physical sciences, as well as specialists in nuclear physics.