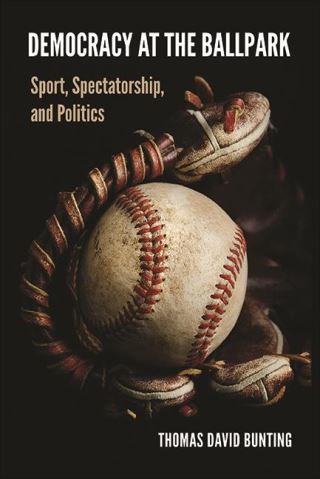 Democracy at the Ballpark

What is the relationship between sports and politics? Often, politics are thought to be serious, whereas sports are diversionary and apolitical. Using baseball as a case study, Democracy at the Ballpark challenges this understanding, examining politics as they emerge at the ballpark around spectatorship, community, equality, virtue, and technology. Thomas David Bunting argues that because spectators invest time and meaning in baseball, the game has power as a metaphor for understanding and shaping politics. The stories people see in baseball mirror how they see the country, politics, and themselves. As a result, democracy resides not only in exclusive halls tread by elites but also in a stadium full of average people together under an open sky. Democracy at the Ballpark bridges political theory and sport, providing a new way of thinking about baseball. It also demonstrates the democratic potential of spectatorship and rethinks the role of everyday institutions like sport in shaping our political lives, offering an expanded view of democracy.