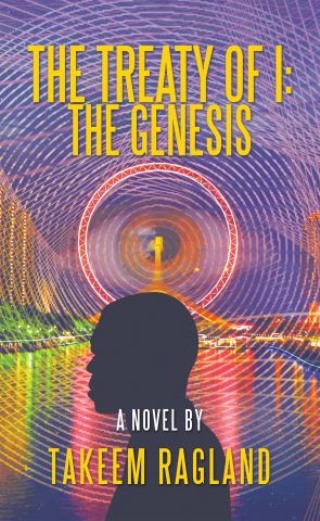 The Treaty of I: the Genesis

Terry Gravy Jones wants an adventure and something new. Tired of life as a substitute teacher and after the death of his parents, he figures that now is a good time to take his life journey overseas. One that will take him to places he never could have imagined. He decides to leave all his stuff behind, he leaves all of his family and his closest friends, and moves overseas to teach for a year. Little did he know that one month after he would arrive in China, someone would walk into his office that would change his life forever. Sending him on a tailwind journey of self-discovery, patience, pain, and understanding. Essentially, unlocking a part of Terry, that will lead him to a world of self-knowledge and awareness. Social Media: Instagram: the_treaty_of_i Facebook: Takeem Ragland LinkedIn: Takeem Ragland

Takeem Ragland: Takeem Ragland was born in 1987 in Bridgeton, New Jersey. Being fascinated with travel and world geography at a young age through movies, TV, and books, he knew he was destined for international living. He went on to study communications at Delaware State University and then earned a master's in health care ethics at Saint Joseph's University. While in graduate school, he co-wrote and published his dissertation in a peer-reviewed journal. Shortly after that, he got into teaching, which would eventually lead him to move overseas to teach ESL classes. He wrote his debut novel while living in Tianjin, China and Shanghai, China respectively. When in the U.S. he resides in New Jersey. Currently, he lives in Shanghai, as an international teacher recruiter and an avid basketball and American football fan.