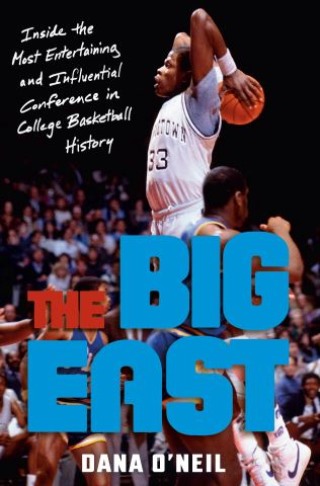 Inside the Most Entertaining and Influential Conference in College Basketball History

The definitive, compulsively readable story of the greatest era of the most iconic league in college basketball history—the Big East

“This book captures the inside of a special time in Big East basketball. If you love the game, this book is a must read!”—Jim Calhoun, former University of Connecticut men’s basketball coach

The names need no introduction: Thompson and Patrick, Boeheim and the Pearl, and of course Gavitt. And the moments are part of college basketball lore: the Sweater Game, Villanova Beats Georgetown, and Six Overtimes. But this is the story of the Big East Conference that you haven’t heard before—of how the Northeast, once an afterthought, became the epicenter of college basketball.

Before the league’s founding, East Coast basketball had crowned just three national champions in forty years, and none since 1954. But in the Big East’s first ten years, five of its teams played for a national championship. The league didn’t merely inherit good teams; it created them. But how did this unlikely group of schools come to dominate college basketball so quickly and completely?

Including interviews with more than sixty of the key figures in the conference’s history, The Big East charts the league’s daring beginnings and its incredible rise. It transports fans inside packed arenas to epic wars fought between transcendent players, and behind locker-room doors where combustible coaches battled even more fiercely for a leg up.

Started on a handshake and a prayer, the Big East carved an improbable arc in sports history, an ensemble of Catholic schools banding together to not only improve their own stations but rewrite the geographic boundaries of basketball. As former UConn coach Jim Calhoun eloquently put it, “It was Camelot. Camelot with bad language.”

Dana O'Neil: Dana O’Neil, a senior writer at The Athletic, has been a sportswriter and national college basketball reporter for more than three decades, covering eighteen Final Fours. She covered her first Big East game in 1990 and has been a regular at the league’s press tables ever since. She has also worked at ESPN and the Philadelphia Daily News and has been honored with multiple writing awards. She served as the president of the U.S. Basketball Writers Association, only the second woman to lead the organization. A graduate of Penn State, she lives in Newtown, Pennsylvania, with her husband and two children.