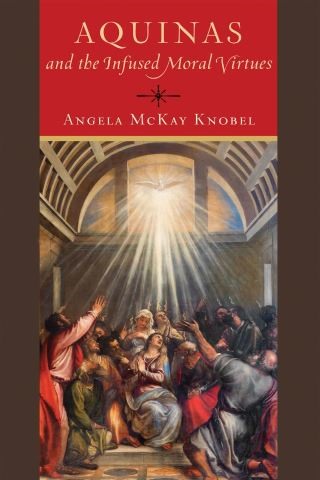 Aquinas and the Infused Moral Virtues

This study locates Aquinas’s theory of infused and acquired virtue in his foundational understanding of nature and grace.

Aquinas holds that all the virtues are bestowed on humans by God along with the gift of sanctifying grace. Since he also holds, with Aristotle, that we can create virtuous dispositions in ourselves through our own repeated good acts, a question arises: How are we to understand the relationship between the virtues God infuses at the moment of grace and virtues that are gradually acquired over time? In this important book, Angela McKay Knobel provides a detailed examination of Aquinas’s theory of infused moral virtue, with special attention to the question of how the infused and acquired moral virtues are related. Part 1 examines Aquinas’s own explicit remarks about the infused and acquired virtues and considers whether and to what extent a coherent “theory” of the relationship between the infused and acquired virtues can be found in Aquinas. Knobel argues that while Aquinas says almost nothing about how the infused and acquired virtues are related, he clearly does believe that the “structure” of the infused virtues mirrors that of the acquired in important ways. Part 2 uses that structure to evaluate existing interpretations of Aquinas and argues that no existing account adequately captures Aquinas’s most fundamental commitments. Knobel ultimately argues that the correct account lies somewhere between the two most commonly advocated theories. Written primarily for students and scholars of moral philosophy and theology, the book will also appeal to readers interested in understanding Aquinas’s theory of virtue.

Angela McKay Knobel is associate professor of philosophy at the University of Dallas. She is co-editor of Character: New Directions from Philosophy, Psychology, and Theology.