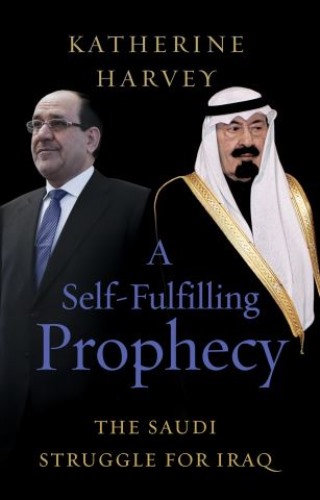 The Saudi Struggle for Iraq

In recent years, the geopolitical rivalry between Saudi Arabia and Iran has dominated the headlines. Many have charted the polarisation between a Saudi-led Sunni camp and an Iranian-led Shia one, assuming that a predominantly Shia state like Iraq would automatically ally with Iran. In this compelling account, Katherine Harvey tells a different story: Iraq’s alignment with Iran was not a foregone conclusion. Rather, Saudi efforts to undermine Iran have paradoxically empowered it.

Harvey investigates why the Saudis refused to engage with Iraq’s post-2003 Shia-led government, despite continual outreach by Iraq’s new leaders and considerable pressure from the United States. She finds that certain deeply ingrained assumptions predisposed Saudi leaders to see a Shia-led Iraq as naturally beholden to Iran: the view that Iran is inherently expansionist, and the belief that Arab Shia tend to be loyal to it. This outlook was simplistic, even downright inaccurate; and, in refusing to engage, the Saudis created a self-fulfilling prophecy.

As Harvey demonstrates, members of Iraq’s new government initially sought to establish a positive relationship with Saudi Arabia, and to pursue a course independent from Iran. But, isolated and rejected by Saudi King Abdullah, Iraq ultimately had nowhere else to turn.

Katherine Harvey: Katherine Harvey is an Adjunct Assistant Professor in the Security Studies Program at Georgetown University. She is also on the Board of Advisors at the Johns Hopkins School of Advanced International Studies, and holds a PhD in Middle Eastern Studies from King's College London. Previously, she served as an intelligence officer in the US Navy, with tours in the Middle East, in Europe and at sea.