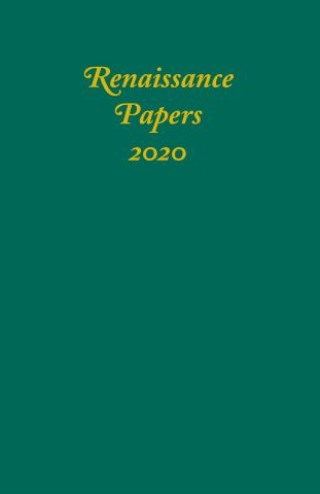 Renaissance Papers 2020 features essays from the conference held virtually at Mercer University, as well as essays submitted directly to the journal. The volume opens with an essay that discusses the "ultimate story," the epic, and argues, pointing to the Henriad and The Faerie Queen, that some of the most ambitious remain unfinished; an essay on "just war" and Henry V follows, suggesting why such epic inconclusion may not be such a bad thing. A trio of influence studies investigate post-Marian virginity, Miltonic environmentalism, and cross-dressing knights. Three essays then interrogate the perennial problem of love: in popular ballads, in Hero and Leander, and in The Rape of Lucrece. An essay argues counterintuitively for Amelia Lanyer and Margaret Cavendish as exemplars of the Cavalier Ideal of the Bonum Vitae; it is followed by an equally provocative reconsideration of the role of Claudio D'Arezzo's rhetorical works for Sicilian national identity. The last essay analyzes the formal signatures of three sixteenth-century queens and how they sought to represent themselves on the public stage.