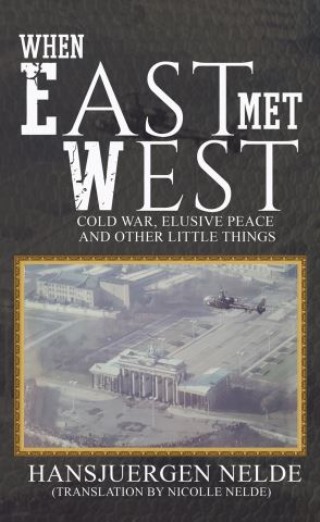 The path from a refugee’s child to a chairman of the board of a large company leads the author to a variety of people and unforgettable experiences. Hansjuergen Nelde experiences multiple political systems: born in national socialism, he grows up in socialism and is imprinted by the later GDR. To live and work in socialism for 40 years means adaptation to avoid being left behind. The author experiences the German unification as a managing director of a large pharmaceutical company. With that began in the now re-united Germany a much stricter capitalism than the FRG had ever seen before the fall of the wall. Thanks to his competency, Nelde manages to become the chairman of the board of his entrusted company that had transformed from a people’s-owned company (VEB) to a publicly listed company (AG). He meets many important politicians and actively shapes the new Germany. His memories come together in short stories and anecdotes behind the political background.

Hansjuergen Nelde: Hansjuergen Nelde was born in the Silesian Zagan and came with his family in 1945 to Leipzig. After an apprenticeship to become a chemical engineer, he studied chemistry, pharmacy and economics. Living in Berlin since 1957, he worked after an employment at the Department of Health of the GDR in various positions in the pharmaceutical industry. In 1982, he was appointed managing director of the pharma-company, Berlin-Chemie. He also received the honorary title “Senior Pharmaceutical Councillor” by the health minister. In 1990, the former state holding trust agency appointed him as the chairman of the board of Berlin-Chemie AG. He continued to work in this position after the privatisation until 2002. After the re-unification, the father of three also engaged in numerous honorary positions in organisations and business associations.