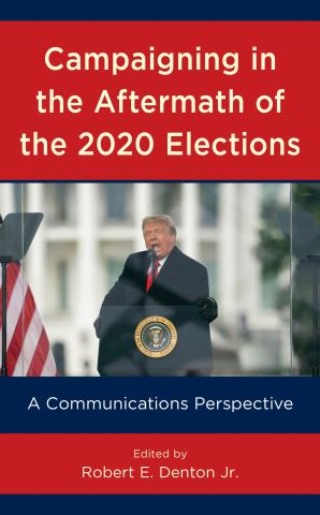 Campaigning in the Aftermath of the 2020 Elections

The post-election period of the 2020 presidential campaign is historic not only for the culmination of tensions in the January 6, 2021 storming of the US capitol, but also in the very persistence of campaigning after the election was over. Historically, political campaigns have had only four phases: pre-primary, primary, convention, and general election. In 2020, there was a distinct and active post-election campaign in which President Donald Trump vigorously challenged the election, calling for recounts, court challenges amid charges of voter fraud and irregularities. Speeches, rallies, fundraising and advertising continued weeks past the election. For the first time modern electoral history, there was an active, dramatic and decisive post-election phase of the 2020 presidential campaign.

This volume explores political communication during the post-election phase from election day until the inauguration of President Joseph R. Biden. Chapters address political branding, the nature of argumentation in the era of partisanship, the themes and issues of media coverage, examination of Trump’s January 6th address in terms of inciting an insurrection or free speech, Trump’s discursive strategy, political advertising and political cartoons during this period concluding with an examination of the post-election lawsuits.