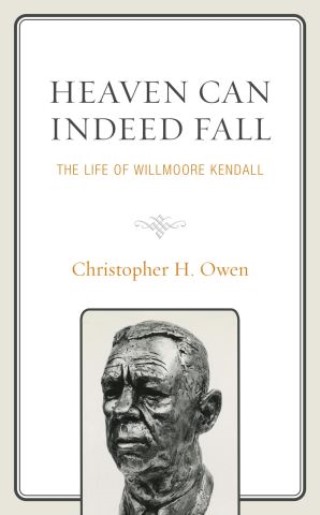 The Life of Willmoore Kendall

Willmoore Kendall was a man against the world, a "maverick," an "iconoclast." His thoughts were profound, his countless enemies powerful, his personal life full of drama. Heaven Can Indeed Fall is the first full-length biography of Kendall and integrates the man with the teacher, thinker, and cold warrior. Once a Marxist, Kendall became a fearsome foe of global communism. He never apologized for supporting Joseph McCarthy. As the co-founder of National Review he helped turn the word liberal into an insult. A "stormy petrel," Kendall was a man “who never lost an argument or kept a friend.” Yet he was one of the most effective and sensitive teachers of his age. His ideas shaped Cold War practices of intelligence analysis and psychological warfare. As an academic he became the premier American theorist for conservative populism. The recent reemergence of populist ideas among American conservatives makes understanding Kendall ever more imperative. This book shows how a child prodigy and bucolic boy scout became an ambitious intelligence analyst, razor-tongued polemicist and profound student of American politics. By knowing Kendall one can better understand Cold War America, and contemporary America as well.