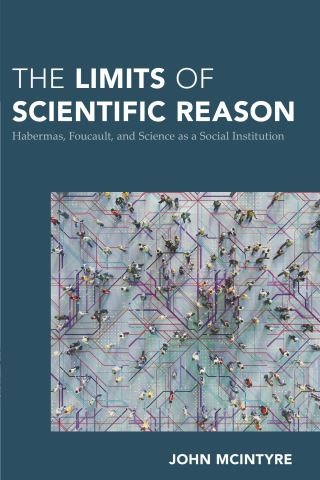 The Limits of Scientific Reason

Habermas, Foucault, and Science as a Social Institution

Critically and comprehensively examining the works of Habermas and Foucault, two giants of 20th century continental philosophy, this book illuminates the effects of scientific reason as it migrates from its specialized institutions into society. It explores how science permeates shared human consciousness, to produce effects that ripple through the entire social body to restructure relations between persons, discourses, institutions, and power in ways which we are barely conscious of. The book shows how science, through its entwinement with power, discourses, and practices, presents certain social arrangements as natural and certain courses of action as beyond question. By arguing for a non-reductive, liberal scientific naturalism that sees science as one form of rationality amongst others, it opens possibilities for thought and action beyond scientific knowledge.

Examining the shifting relations between science and other social institutions, discourses and power, the book addresses the narrowing of freedom by the instrumental modes of thinking that accompany scientific and technological change. McIntyre simultaneously raises the question of the good life and the question of a philosophical critique both directed towards science and, at the same time, shaped by, and responsive to it. By analysing the works of Foucault and Habermas in terms of their social, political, and historical contexts it reveals the two thinkers as linked by a commitment to the Enlightenment tradition and its emancipatory telos. The significant differences between the two are seen to result from Foucault’s radicalization of this tradition, a radicalization which is, at the same time, implicit within the Enlightenment project itself.

John McIntyre: John McIntyre is a research affiliate at the University of Sydney. He has tutored and lectured at University of Sydney and Melbourne School of Continental Philosophy. His research is focussed on science, technology and their relationship to society and draws on philosophical thought from across both the analytic and continental philosophical traditions. Prior to commencing formal studies in philosophy, McIntyre worked as an environmental planner, which provides his work with an acute awareness of the complex interface between society’s democratic and legal institutions and scientific knowledge.