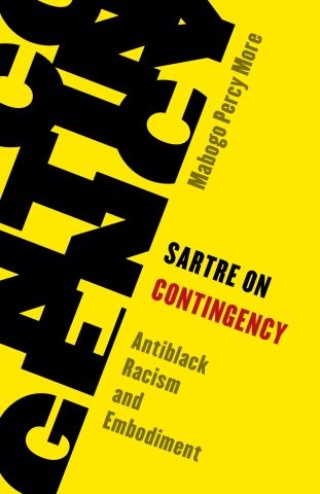 The problem of antiblack racism has a long history in the world, with as long a history of thinkers writing and theorizing against it. Few philosophers have opposed institutionalized racialism as vehemently as Jean-Paul Sartre, both in his intellectual work and in his political action.

This book argues that not only does a relationship exists between Sartre’s existentialist philosophy and antiracism but also, more profoundly, that it is precisely his existential ontology that informs his anti-racist social and political commitments. He sought to examine the complexity of our existence as conscious bodies and thus provides the ontological basis for understanding the situation of a black person in an antiblack world.

This book is about how Sartre’s philosophy – especially his early writings – can be applied to address the problem of racism against black people. It argues that among the many concepts in Sartre’s work that are useful in understanding the problem of racism against black people, the philosophical notion of contingency is one of the most significant. Contingency in Sartre is the view that whatever exists, need not exist, and that therefore it can be changed; that the fact that one is born white or black without their choice, has no moral weight at all in treating others as though they are responsible for what they are. In this book Mabogo More contends that through Sartre’s philosophical notion of contingency, he provides us with the ammunition to understand and deal with racism broadly, and antiblack racism in particular.

Mabogo Percy More: Mabogo Percy More is a former professor of philosophy at the University of KwaZulu-Natal and is currently professor of philosophy at the University of Limpopo, South Africa. He is the author of many journal articles and his latest book is Steve Biko: Philosophy, Identity and Liberation (HSRC Press, 2017). He was awarded the Frantz Fanon Lifetime Achievement award by the Caribbean Philosophical Association in 2015.