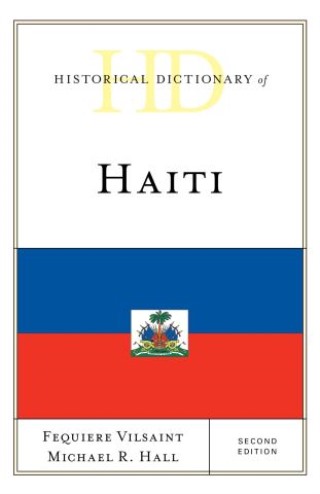 This book covers the history of Haiti starting in 1492 with the initial European landing of the island to the present day. Haiti shares the island of Hispaniola with the Dominican Republic. Haiti proclaimed its independence from France on January 1, 1804 following the only successful slave evolution in the Americas. As a result of the Haitian Revolution (1791-1804), Haiti became the first independent Latin American nation and the second independent nation in the Western Hemisphere, after the United States. Throughout its history it has suffered political violence, and a devastating earthquake which killed over 300,000 people.

Historical Dictionary of Haiti, Second Edition contains a chronology, an introduction, and an extensive bibliography. The dictionary section has more than 500 cross-referenced entries on important personalities as well as aspects of the country’s politics, economy, foreign relations, religion, and culture. This book is an excellent resource for students, researchers, and anyone wanting to know more about Haiti.

Michael R. Hall is professor of Latin American history at Armstrong Atlantic State University. He has also taught in the Dominican Republic and conducted extensive research there and in Haiti. He has written extensively on countries in the region.

|||Michael R. Hall is a professor of history at Armstrong Atlantic State University in Savannah, Georgia.