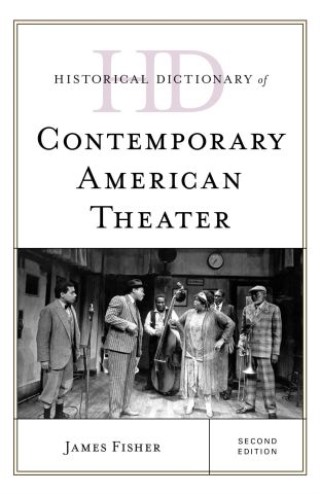 Historical Dictionary of Contemporary American Theater. Second Edition covers theatrical practice and practitioners as well as the dramatic literature of the United States of America from 1930 to the present. The 90 years covered by this volume features the triumph of Broadway as the center of American drama from 1930 to the early 1960s through a Golden Age exemplified by the plays of Eugene O’Neill, Elmer Rice, Thornton Wilder, Lillian Hellman, Tennessee Williams, Arthur Miller, William Inge, Lorraine Hansberry, and Edward Albee, among others. The impact of the previous modernist era contributed greatly to this period of prodigious creativity on American stages. This volume will continue through an exploration of the decline of Broadway as the center of U.S. theater in the 1960s and the evolution of regional theaters, as well as fringe and university theaters that spawned a second Golden Age at the millennium that produced another – and significantly more diverse – generation of significant dramatists including such figures as Sam Shepard, David Mamet, Maria Irené Fornes, Beth Henley, Terrence McNally, Tony Kushner, Paula Vogel, Lynn Nottage, Suzan-Lori Parks, Sarah Ruhl, and numerous others. The impact of the Great Depression and World War II profoundly influenced the development of the American stage, as did the conformist 1950s and the revolutionary 1960s on in to the complex times in which we currently live.

Historical Dictionary of the Contemporary American Theater, Second Edition contains a chronology, an introduction, and an extensive bibliography. The dictionary section has more than 1.000 cross-referenced entries on plays, playwrights, directors, designers, actors, critics, producers, theaters, and terminology. This book is an excellent resource for students, researchers, and anyone wanting to know more about American theater.

James Fisher is professor emeritus of theatre at the University of North Carolina-Greensboro; the author of many books, including three dictionaries on American theater; and the recipient of many awards and honors for his achievements as a scholar, director, and actor. At UNCG, he served as department head (2007–2014) and he also taught at Wabash College for 29 years. He is an American theater fellow in the College of Fellows of the American Theater and recipient of the Betty Jean Jones Award for Outstanding Teaching of American Theater from the American Theatre and Drama Society.