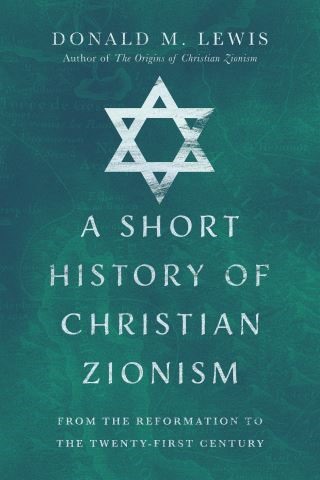 A Short History of Christian Zionism

From the Reformation to the Twenty-First Century

This book is about an idea—namely, that Scripture mandates a Jewish return to the historical region of Palestine—which in turn morphed into a political movement, rallied around a popular slogan ("A country without a nation for a nation without a country"), and eventually contributed to the establishment of the state of Israel in 1948. Christian Zionism continues to influence global politics, especially U.S. foreign policy, and has deeply affected Jewish–Christian and Muslim–Christian relations. Donald M. Lewis seeks to provide a fair-minded, longitudinal study of this dynamic yet controversial movement as he traces its lineage from biblical sources through the Reformation to various movements of today. He explores Christian Zionism's interaction with other movements, forces, and discourses, especially in eschatological and political thought, and why it is now flourishing beyond the English-speaking world. Throughout he demonstrates how it has helped British and American Protestants frame and shape their identity. A Short History of Christian Zionism seeks to bring clarity and context to often-heated discussions.

Donald M. Lewis: Donald M. Lewis (DPhil, Oxford) is professor of church history at Regent College, Vancouver, and a Fellow of the Royal Historical Society. His eleven books include the two-volume Blackwell Dictionary of Evangelical Biography, 1730-1860, which he edited, and The Origins of Christian Zionism (Cambridge University Press, 2010).