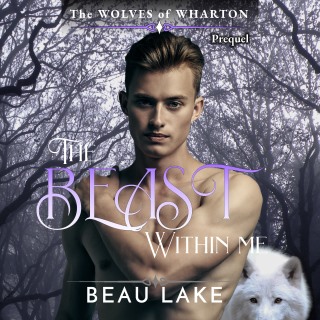 The Beast Within Me

The pack’s roots are buried beneath the dunes...
Ama Chilton is the matriarch of the Wharton wolves: unfathomably old and impossibly strong. But, she wasn’t always Angus’ packrat granny with a penchant for muumuus.
After the bloody end of both World War II and her relationship, Ama Chilton abandons the Big Apple in search of what she’s never had: a wolfpack, a family.
Wharton—and the Cove Motel—was just supposed to be a rest stop on her journey south. That is, until she meets Rafe, a handsome Alpha. Rafe has just returned from the Pacific Theater, and is haunted by what he’s seen—what he’s done. He’s surly and rakish, but he offers her a job, and a pack to run with after dark.
As their bickering relationship blossoms into a passionate love affair, Ama thinks she may have finally found a place to call home.
But, Wharton isn’t just the quintessential vacation town. A series of grisly murders rocks the small community, threatening to expose the whole pack. Everyone is a suspect. And, unfortunately for Ama, her past has no intention of staying buried, either.

Beau Lake: Beau Lake is a tattooed, blue-haired, queer romance writer skulking around the mountains of Virginia. She is very happily married and lives with a menagerie of children (2), dogs (3), and plants. Her current hobbies include digital art, social/animal activism, and screaming into the void. Mostly the latter. She is passionate about ending greyhound racing in the United States and worldwide, and shares her home with a retired racer named River. Other favorite activities include listening to true crime podcasts, staring at empty Word documents while having existential crises, and asking herself “What Would Stephen King Do?” Beau writes both traditional and horror/supernatural LGBTQIA romance. Werewolves are her favorite because they have sharp teeth and even sharper personalities. Some of her published work includes the well-received DC Pride series, co-written with Tatum West (Proud, Out, and The Space Between Us). The Wolves of Wharton is her first supernatural series, with more to come! She can be found online via Facebook, Twitter, or at authorbeaulake.com. She loves talking with readers and can be reached at authorbeaulake@gmail.com. Vegetarian recipes are also appreciated.