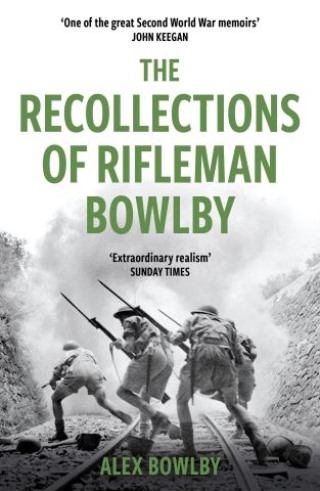 The Recollections Of Rifleman Bowlby

'One of the great Second World War memoirs ... will be read as long as that war is remembered' John Keegan

A classic of WWII, this is the vivid memoir of Private Bowlby, who came through the North Africa campaign only to have to battle in bitter fighting against a stubborn and skilled German defence in Italy. It is a truly authentic account of what it was like to fight your way through one of the most gruelling and dangerous campaigns of the Second World War, where so often the hunters became the hunted.

A superb first-hand account of the the second world war.

Alex Bowlby: Alex Bowlby served in the Greenjackets during World War II, and later joined the 21st S.A.S. (T.A.). He first published his Recollections in 1969. Since then he has published a novella Order of the Day, and a novel Roman Candle.