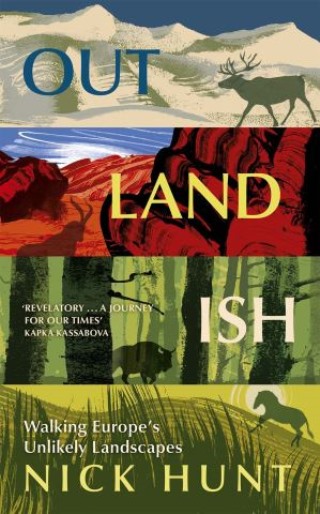 In Outlandish, acclaimed travel writer Nick Hunt takes us across landscapes that should
not be there, wildernesses found in Europe yet seemingly belonging to far-off continents:
a patch of Arctic tundra in Scotland; the continent's largest surviving remnant of primeval
forest in Poland and Belarus; Europe's only true desert in Spain; and the fathomless
grassland steppes of Hungary.
From snow-capped mountain range to dense green forest, desert ravines to threadbare,
yellow open grassland, these anomalies transport us to faraway regions of the world.
More like pockets of Africa, Asia, the Poles or North America, they make our own
continent seem larger, stranger and more filled with secrets.
Against the rapid climate breakdown of deserts, steppes and primeval jungles across the
world, this book discovers the outlandish environments so much closer to home - along
with their abundant wildlife: reindeer; bison; ibex; wolves and herds of wild horses.
Blending sublime travel writing, nature writing and history - by way of Paleolithic cave art,
reindeer nomads, desert wanderers, shamans, Slavic forest gods, European bison, Wild
West fantasists, eco-activists, horseback archers, Big Grey Men and other unlikely spirits
of place - these desolate and rich environments show us that the strange has always been
near.

Nick Hunt: Nick Hunt has walked and written across much of Europe. His articles have appeared in
the Economist, the Guardian and other publications, and he also works as a storyteller
and co-editor for the Dark Mountain Project. His first book, Walking the Woods and the
Water (Nicholas Brealey, 2014), was a finalist for the Stanford Dolman Travel Book of the
Year. He currently lives in Bristol.