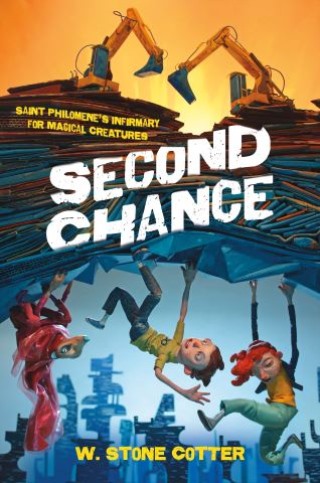 Chance and Pauline Jeopard have been on an incredible adventure—one they can never talk about. After all, who would believe that a magical realm exists deep below ground, home to extraordinary creatures found only in fables? Worse yet, what if someone did believe?

When a miner finds out about Donbaloh and threatens to drill and destroy it, Chance and Pauline must travel back to warn its inhabitants—risking it all in the process.

W. Stone Cotter: W. Stone Cotter is the author of Saint Philomene's Infirmary for Magical Creatures. He has previously published his essays and short fiction in The Believer, Lucky Peach, The Paris Review, McSweeney’s Quarterly, and The New York Times, and in 2013, he was a recipient of the Pushcart Prize. He lives in Austin, Texas.