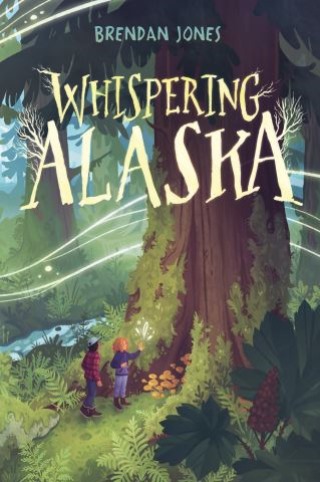 In this eco-focused middle-grade novel, readers follow the story of twin sisters who move with their father to a small town in Alaska for a new start after the devastating loss of their mother.

It’s been four months since their mother died. The twins and their father have moved from Pennsylvania to a small town in Alaska to be near extended family. Nicky and Josie find the wilderness mysterious and beautiful, and a much-needed refuge. The girls drifted apart somewhat during their transition, each dealing with grief in a different way. Now, as they settle into a new normal, they become involved in a community debate that threatens the very land they are growing to love.

For the local adults, livelihoods are at stake, and tensions are high. But it’s the young people who take the lead, especially newcomers Josie and Nicky, who find a way to speak up for what they believe, reconnecting with each other and with their father in the process—and, they hope, doing their mother proud. Will their heartfelt plea keep the peace and save the trees that have existed for hundreds of years?

Author Brendan Jones’s passion for Alaska shines through in this, his  debut middle-grade novel. Indeed, Brendan’s day-to-day subsistence lifestyle in his own Alaskan community—a place he’s called home for decades—and his appreciation for young activists greatly inspired Whispering Alaska. The rich detail with which he describes the earth's largest intact temperate rainforest will make readers wonder whether they too can hear the trees whisper.

Brendan Jones: BRENDAN JONES lives in Alaska and works in commercial fishing. A Stegner Fellow, he received his B.A. and M.A. from Oxford University, where he boxed for the Blues team. His work has appeared in the New York Times, Ploughshares, Popular Woodworking, and the Huffington Post, and on NPR. His debut novel, The Alaskan Laundry, won the Alaskana Award and was longlisted for the Center for Fiction First Novel Prize.