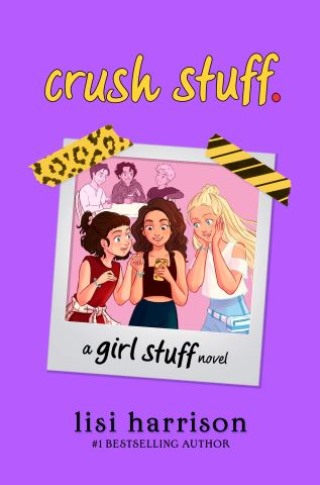 Halloween is just around the corner and with it comes the dreaded overnight class trip at a smelly farm. Fonda has ideas for a way cooler trip but before she can say Catalina Island, other kids (including her best friend’s crush’s best friend!) come forward with class trip proposals of their own. There's only one solution: a petition competition, and whoever gets the most signatures wins. Fonda enlists her besties Drew and Ruthie to help, but are they ready to do whatever it takes to win? Between school stuff, girl stuff, and crush stuff, this trio's trip—and hearts—are on the line.

Lisi Harrison: Lisi Harrison worked at MTV Networks in New York City for twelve years before writing the #1 bestselling Clique series. That series has sold more than eight million copies and has been on the New York Times bestseller list for more than two hundred weeks, with foreign rights sold in thirty-three countries. Alphas was a #1 New York Times bestseller, and Monster High was an instant bestseller. She is currently adapting her Pretenders YA series into a narrative podcast for Spotify and writing a new middle-grade series called The Pack. Lisi lives in Laguna Beach, California, and is either working on her next Girl Stuff novel or hiding in the pantry eating chips.