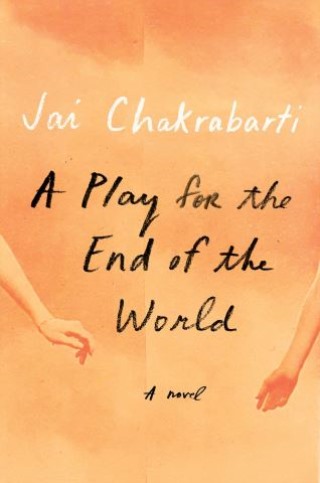 A Play for the End of the World

“Looks deeply at the echoes and overlaps among art, resistance, love, and history ... an impressive debut.” —Meg Wolitzer, best-selling author of The Female Persuasion

Oprah Daily’s “30 of the Best Fall Books of 2021 to Cuddle Up With”
Vol. 1 Brooklyn’s “Books of the Month"
Alma’s “Favorite Books for Fall 2021”
Paperback Paris’s “Debut Books We’re Excited To Read”
Jewish Insider’s “10 new books to read in September”

A dazzling debut novel—set in early 1970's New York and rural India—the story of a turbulent, unlikely romance, a harrowing account of the lasting horrors of the Second World War, and a searing examination of one man's search for forgiveness and acceptance.

New York City, 1972. Jaryk Smith, a survivor of the Warsaw Ghetto, and Lucy Gardner, a southerner, newly arrived in the city, are in the first bloom of love when they receive word that Jaryk's oldest friend has died under mysterious circumstances in a rural village in eastern India.

Travelling there alone to collect his friend's ashes, Jaryk soon finds himself enmeshed in the chaos of local politics and efforts to stage a play in protest against the government—the same play that he performed as a child in Warsaw as an act of resistance against the Nazis. Torn between the survivor's guilt he has carried for decades and his feelings for Lucy (who, unbeknownst to him, is pregnant with his child), Jaryk must decide how to honor both the past and the present, and how to accept a happiness he is not sure he deserves.

An unforgettable love story, a provocative exploration of the role of art in times of political upheaval, and a deeply moving reminder of the power of the past to shape the present, A Play for the End of the World is a remarkable debut from an exciting new voice in fiction.

Jai Chakrabarti: JAI CHAKRABARTI's short fiction has appeared in numerous journals and has been anthologized in The O. Henry Prize Stories, The Best American Short Stories, and awarded a Pushcart Prize. Chakrabarti was an Emerging Writer Fellow with A Public Space and received his MFA from Brooklyn College. He was born in Kolkata, India, and now lives in Brooklyn, New York, with his family. A Play for the End of the World is his first novel.