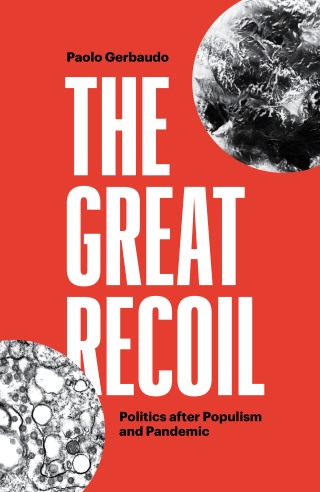 Politics after Populism and Pandemic

What comes after neoliberalism?

In these times of health emergency, economic collapse, populist anger and ecological threat, societies are forced to turn inward in search of protection. Neoliberalism, the ideology that presided over decades of market globalisation, is on trial, while state intervention is making a spectacular comeback amid lockdowns, mass vaccination programmes, deficit spending and climate planning. This is the Great Recoil, the era when the neo-statist endopolitics of national sovereignty, economic protection and democratic control overrides the neoliberal exopolitics of free markets, labour flexibility and business opportunity.

Looking back to the role of the state in Plato, Machiavelli, Hobbes, Hegel, Gramsci and Polanyi, and exploring the discourses, electoral programs and class blocs of the nationalist right and socialist left, Paolo Gerbaudo fleshes out the contours of the different statisms and populisms that inform contemporary politics. The central issue in dispute is what mission the post-pandemic state should pursue: whether it should protect native workers from immigration and the rich against redistributive demands, as proposed by the right’s authoritarian protectionism; or reassert social security and popular sovereignty against the rapacity of financial and tech elites, as advocated by the left’s social protectivism. Only by addressing the widespread sense of exposure and vulnerability may socialists turn the present phase of involution into an opportunity for social transformation.

Paolo Gerbaudo: Paolo Gerbaudo is an Italian sociologist and political theorist based at King's College London where he acts as Director of the Centre for Digital Culture. He is the author of three books on social movements, politics and populism: Tweets and the Streets (2012), The Mask and the Flag (2017) and The Digital Party (2019). He regularly writes for various news media including The New Statesman and The Guardian.