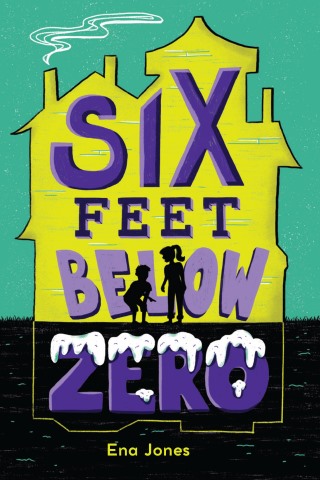 A dead body. A missing will. An evil relative. The good news is, Great Grammy has a plan. The bad news is, she's the dead body.

Rosie and Baker are hiding something. Something big. Their great grandmother made them promise to pretend she's alive until they find her missing will and get it in the right hands. The will protects the family house from their grandmother, Grim Hesper, who would sell it and ship Rosie and Baker off to separate boarding schools. They've already lost their parents and Great Grammy--they can't lose each other, too.

The siblings kick it into high gear to locate the will, keep their neighbors from prying, and safeguard the house. Rosie has no time to cope with her grief as disasters pop up around every carefully planned corner. She can't even bring herself to read her last-ever letter from Great Grammy. But the lies get bigger and bigger as Rosie and Baker try to convince everyone that their great grandmother is still around, and they'll need more than a six-month supply of frozen noodle casserole and mountains of toilet paper once their wicked grandmother shows up!

This unexpectedly touching read reminds us that families are weird and wonderful, even when they're missing their best parts. With humor, suspense, and a testament to loyalty, Ena Jones takes two brave kids on an unforgettable journey. Includes four recipes for Great Grammy's survival treats.

Ena Jones: Ena Jones is the author of Clayton Stone series, about which Kirkus Reviews raved "What really makes this take on the kid-turned-spy story special is that it has a heart." She grew up outside Washington, D.C. and now lives with her family in North Carolina, where she loves to cook a wide range of foods--including noodle casserole Visit her online at enajones.com