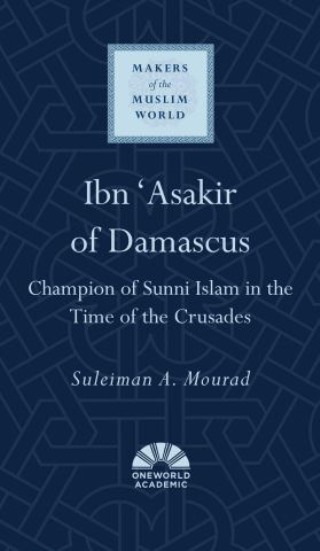 Champion of Sunni Islam in the Time of the Crusades

‘Ali ibn ‘Asakir (1105–1176) was one of the most renowned experts on Hadith and Islamic history in the medieval era. His was a tumultuous time: centuries of Shi‘i rule had not long ended in central Syria, rival warlords sought control of the capital, and Crusaders had captured Jerusalem.

Seeking the unification of Syria and Egypt, and the revival of Sunnism in both, Ibn ‘Asakir served successive Muslim rulers, including Nur al-Din and Saladin, and produced propaganda against both the Christian invaders and the Shi‘is. This, together with his influential writings and his advocacy of major texts, helped to lay the foundations for the eventual Sunni domination of the Levant – a domination which continues to this day.

Suleiman A. Mourad: Suleiman A. Mourad is Professor of Religion at Smith College in Massachusetts, USA, and former Director of the Nantes Institute for Advanced Study in France. He specialises in Islamic history and religious thought, and how the challenges of modernity have led to major changes in Muslims’ perception of and attitude towards their own history and classical thought.