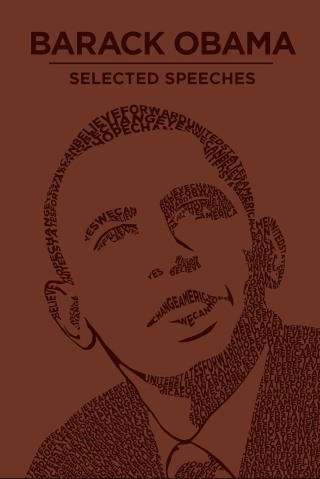 Find inspiration in these messages of hope from the forty-fourth president of the United States.

This curated collection of landmark speeches chronicles Barack Obama’s presence on the national stage, from his time as a senator from Illinois to his eight-year term as the 44th president of the United States—and also includes notable speeches he made after he left the White House. Obama’s eloquent speaking style and ability to connect to a wide range of audiences made him one of the most admired presidents in recent memory, even as he dealt with staunch party-line opposition in Congress. Barack Obama Selected Speeches is a volume that will appeal to those with a keen interest in history, politics, and the role that the United States has played in shaping today’s world.