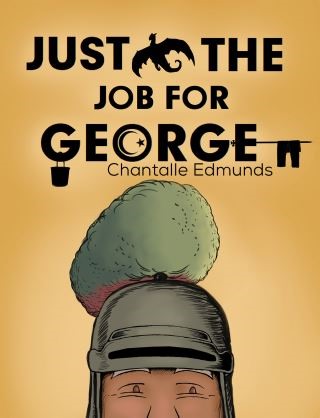 Just the Job for George

After years of dragon slaying, a drop in the number of dragons means England’s patron saint, St. George, is out of work. With household bills to pay, he decides to turn his hand to a range of other jobs using his trusty dragon-slaying lance, with hilarious consequences.
The real St. George is thought to have been born in Turkey around 280 AD. Legend has it that he was a soldier in the Roman army who rode into Libya and slayed a dragon who was terrorising the city. St. George’s Day is celebrated in England on April 23.

Chantalle Edmunds: Chantalle Edmunds hails from the North East of England and is a history graduate who has built a successful career as a broadcast journalist, having worked in the UK, Washington D.C. and New York. She lives in London with her husband, two children and two cats.