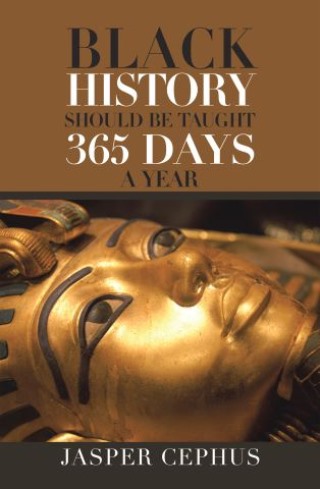 Black History Should Be Taught 365 Days a Year

Black history is unknown to so many people, just me alone cannot reach them all with my book. Black humans have more historical information than any other people in the world. The study of Black history has become a branch of knowledge that feeds the world religious and spiritual life. Control media use deceptive words or actions to coverup the truth about Black history. There have been intentional destructions of ancient Black historical statues, art, and documents written in stone. Fortunately, some of the Black history survived and that proved much of Black history is hidden, then falsely recreated in the images of white people. This is damaging to the young Black and White children. 1. White children are living a false sense of superiority complex for life. 2. Black children living, haven their identity stolen from them is psychologically depressing. I wrote this book to heighten the awareness around the world what has been done around to over 150,000 years of civilized Black history. 1. recreating ancient statues in the images of white people. 2. Changing the color of ancient art . 3. Stop defacing ancient statues. 4 Remove racist lies in the good book. That is why I wrote: Black History Should Be 365 Days A Year.

Jasper Cephus: One Saturday after coming from the civil rights march, I was walking down the streets in Harlem, I saw books on the table in front of the store. I stopped and start browsing through the table of books and open one, "World Great Men of Color" by J.A. Rogers. That began to heighten my awareness. I began to take a different view of life. The book was so exciting that I went back and bought more books of ancient history. There was always someone on the streets in Harlem making speeches. I stopped and listen to this gentleman who I later learned was Malcon X. Mr. Malcom explained to the crow that you were still slaves, mentally, and after you free your mind then your body will be free. The next Sunday I went to 137th street, in Harlem to the Islamic Temple and listen to the words of Minister Farrakhan. After I left the Temple my whole concept about Black People started changing. When I return to work I announce that I no longer wanted to participate in the civil rights movement. I was really inspired by the idea of becoming a practice of Islam but I was not sure if the religion would allow me the freedom to do what I wanted. In school, I studied general, organic, inorganic, and biochemistry, and electronic engineering. I did a lot of reading and studying. started the Black National Defense committee. many civil rights organizations movement began to lose the political spotlight Si I began to write leaflets about the Black power movement and after having them printed up, I paid the young kids to walk the streets, downtown Brooklyn, and hand them out to the public. Today I continue posting on social media. I started just posting Black history on the weekends. My brother Milton Cephus suggest that I Should post Black History 365 days A Year.