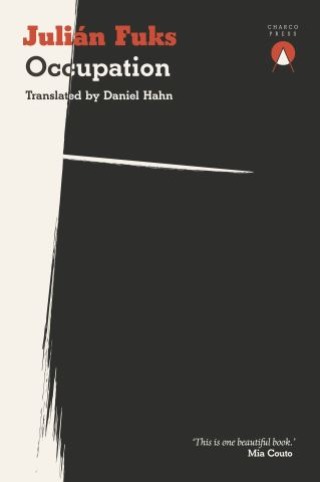 "This is one beautiful book."—Mia CoutoKnown and celebrated in Brazil and abroad for his novel Resistance, Julián Fuks returns to his auto-fictional alter ego Sebastián in a narrative alternating between the writer’s conversations with refugees occupying a building in downtown São Paulo, his father’s sickness, and his wife’s pregnancy. With impeccable prose, the author builds associations that go beyond the obvious, not only between glimpsing a life's beginning and end, but also between the building’s occupation and his wife's pregnancy — showcasing the various forms of occupation while exposing the frailty of life, the risk of solitude and the brutality of not belonging.

Julián Fuks was born in São Paulo in 1981 and is the son of Argentinian parents. As an author whose work has garnered several top international literary prizes, Fuks has gained recognition as one of Brazil’s most outstanding young writers. He has worked as a reporter for the newspaper Folha de S. Paulo and as a reviewer for the magazine Cult. Fuks is the author of Histórias de literatura e cegueira (2007) and Procura do romance (2011), both shortlisted for the Oceanos Award as well as for the Jabuti Award. During 2017, Julián Fuks worked alongside Mia Couto as part of the Rolex Mentor and Protégé Arts Initiative. Considered by Fuks to be his most important work to date, Resistance was the winner of the Jabuti Award for Book of the Year (2016), the Oceanos Prize (2016), the José Saramago Literary Prize (2017) and the Anna Seghers Prize (2018). He currently lives in São Paulo.