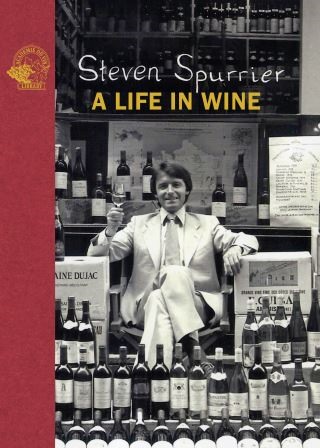 A Life in Wine

"Few people have so profoundly informed, guided and inspired generations through their journeys in wine. Steven Spurrier is one of England’s great modern renaissance figures." Andrew Caillard MW The moment he was handed a glass of Cockburn 1908 vintage port by his grandfather at 13 years old, Steven Spurrier knew that no other career would do. After learning the ropes by travelling France in his red sports car (fitted with a compact wine fridge in the boot), working the vintage in Burgundy, Bordeaux and Champagne, Steven’s first extraordinary move was to set up shop and sell wine to the French. As an Englishman in the heart of Paris, this seemed a remarkably bold (if not foolish) project, but the plan worked, and he went on to set up the Académie du Vin and to teach them about it too... Steven’s adventures in wine did not stop there. Now in his 80th year, he looks back on a life full of incident and discovery in which he has been privileged to taste the finest wines, to judge them and to work with the winemakers who create them. It includes the full story of the 1976 'Judgement of Paris': the blind tasting that changed the wine world forever. All-round wine hero: tributes to Steven from Hugh Johnson OBE, Miguel Torres, Oz Clarke, Warren Winiarski, Jancis Robinson OBE MW, Eduardo Chadwick, Fiona Morrison MW, Bartholomew Broadbent, and more... Putting California on the wine map: Steven’s rise to fame as champion of the New World Branching out: Steven’s international standing increases with Académie du Vin wine schools in Japan and Canada, plus wine ventures in India, Chile and Italy Bride Valley dreaming: Steven launches Cuvée Bella, his own English sparkling wine One of Decanter's Wine Books of the Year