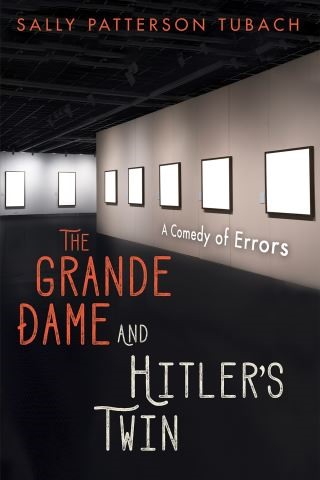 The Grande Dame and Hitler’s Twin

A Comedy of Errors

Can an elderly literary snob shape a middle-aged dilettante into a man of sufficient substance to neutralize the potential for evil in Hitler's identical twin? Cranky Myrtle Halstead, a wealthy resident of San Francisco's most elegant retirement highrise, becomes enamored of a man half her age--the suave and untrustworthy Bruno de Carlo. She resolves to school him in classic literature and turn him into a man of integrity. Unwittingly, she prepares the Italian American for an unprecedented task two decades following her death. He must turn Hitler's twin brother into a successful painter in order to keep him out of politics and save the world from another global catastrophe. A colorful cast of quirky characters moves the plot forward in a series of humorous missteps and misunderstandings. In this thought-provoking tale, nature and nurture compete over the souls of a jetsetter and of Hitler's twin brother in contemporary Baghdad by the Bay. In this singular, speculative, and heartwarming story, chance events can have enormous consequences. Find the surprising answer to an intriguing question of historical hindsight: What if Adolf Hitler had had a different profession?

Sally Patterson Tubach: Sally Patterson Tubach is the author of Memoirs of a Terrorist and coauthor of Michael Mann: Fragmente eines Lebens; An Uncommon Friendship: From Opposite Sides of the Holocaust; and German Voices: Memories of Life During Hitler’s Third Reich. She has lived for extended periods in Germany and France. A member of PEN America, she received a PhD in German literature from UC Berkeley and an honorary doctorate from the University of Bordeaux.