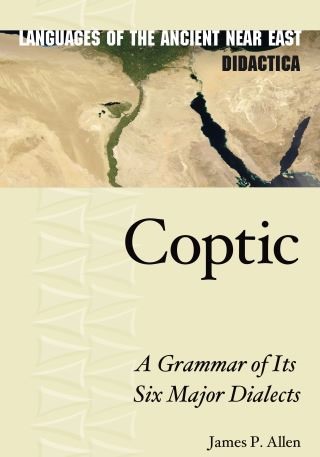 A Grammar of Its Six Major Dialects

Coptic is the final stage of the ancient Egyptian language, written in an alphabet derived primarily from Greek instead of hieroglyphs. It borrows some vocabulary from ancient Greek, and it was used primarily for writing Christian scriptures and treatises. There is no uniform Coptic language, but rather six major dialects.

Unlike previous grammars that focus on just two of the Coptic dialects, this volume, written by senior Egyptologist James P. Allen, describes the grammar of the language in each of the six major dialects. It also includes exercises with an answer key, a chrestomathy, and an accompanying dictionary, making it suitable for teaching or self-guided learning as well as general reference.