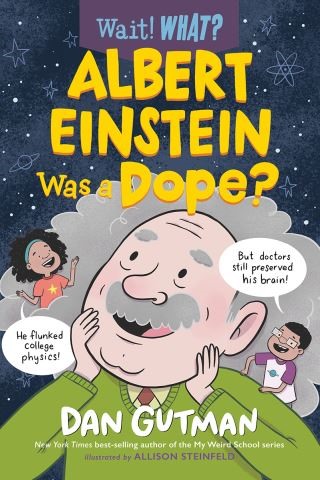 Albert Einstein Was a Dope? (Wait! What?)

From the best-selling author behind My Weird School: a quirky new biography series that casts fresh light on high-interest historic figures.

Did you know that Albert Einstein was a high school dropout, and that he failed his physics class when he finally made it to college? Or that when he died, his brain and eyeballs were removed from his body? Ever wondered why his hair looked so wild? Siblings Paige and Turner do—and they’ve collected some of the kookiest and most unusual facts about the world-famous scientist, from his childhood and school days through his time studying relativity and working on the atomic bomb.