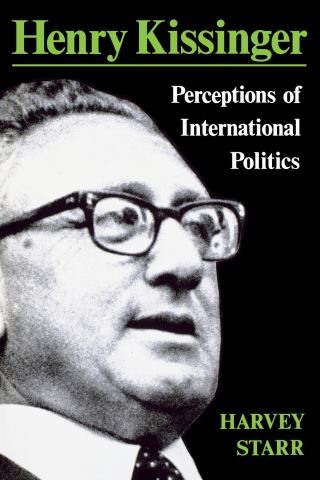 Henry Kissinger conducted American foreign policy with a distinctive assurance and panache that gave dramatic force to his tenure as secretary of state. His was the shaping hand in decisions that led to detente with the Soviet Union, to opening relations with the People's Republic of China, and to "shuttle" diplomacy in the Middle East and the disengagement of Egypt and Israel during the 1973 war.

Taking a fresh look at the statecraft of Henry Kissinger, Harvey Starr brings to bear a variety of analytical methods on data drawn from different stages in Kissinger's career to define and explain the beliefs and perceptions that formed the ground of his policy decisions. Using psychohistory and content analysis, Starr defines Kissinger's perceptions of his adversaries—the Soviet Union and Red China—and draws revealing comparisons between Kissinger and John Foster Dulles. Henry Kissinger: Perceptions of International Politics is an illuminating view of an important era in American diplomacy.

Harvey Starr: Harvey Starr is professor of politcal science at the University of South Carolina.