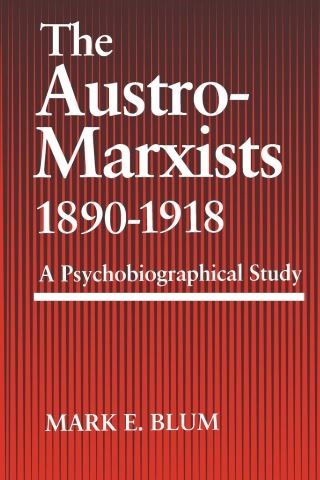 In the brilliant world of Vienna at the turn of the century four men—Karl Renner, Otto Bauer, Max Adler, and Friedrich Adler—sought to develop political and economic resolutions to the racial and cultural tensions that were beginning to strain the bonds of the Austro-Hungarian Empire. In this highly original study of these Austro-Marxists, Mark E. Blum uses the insights of depth psychology to trace the roots of their political philosophy in their family and social backgrounds. The Austro-Marxists 1890–1918 is the first book to offer a systematic examination of the thought and milieu of these four thinkers. The only major work on the subject in English, it is a significant contribution to the history of European socialism and, in particular, to the development of Marxist thought outside Russia.

Mark E. Blum: Mark E. Blum is professor of liberal studies at the University of Louisville.