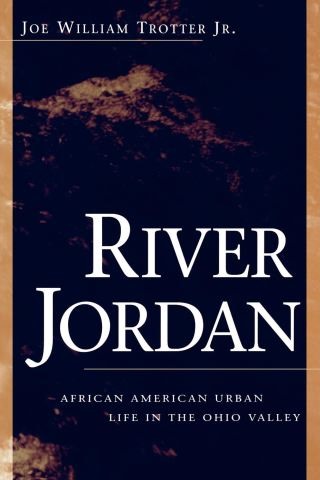 Since the nineteenth century, the Ohio River has represented a great divide for African Americans. It provided a passage to freedom along the underground railroad, and during the industrial age, it was a boundary between the Jim Crow South and the urban North. The Ohio became known as the "River Jordan," symbolizing the path to the promised land. In the urban centers of Pittsburgh, Cincinnati, Louisville, and Evansville, blacks faced racial hostility from outside their immediate neighborhoods as well as class, color, and cultural fragmentation among themselves. Yet despite these pressures, African Americans were able to create vibrant new communities as former agricultural workers transformed themselves into a new urban working class. Unlike most studies of black urban life, Trotter's work considers several cities and compares their economic conditions, demographic makeup, and political and cultural conditions. Beginning with the arrival of the first blacks in the Ohio Valley, Trotter traces the development of African American urban centers through the civil rights movement and the developments of recent years.

Joe William TrotterJr.: Joe William Trotter Jr. is Giant Eagle Professor of History and Social Justice and director of the Center for Africanamerican Urban Studies and the Economy (CAUSE) at Carnegie Mellon University. He is the author or coauthor of numerous publications, including Race and Renaissance: African Americans in Pittsburgh since World War II, Black Milwaukee: The Making of an Industrial Proletariat, 1915–1945, and Workers on Arrival: Black Labor in the Making of America.