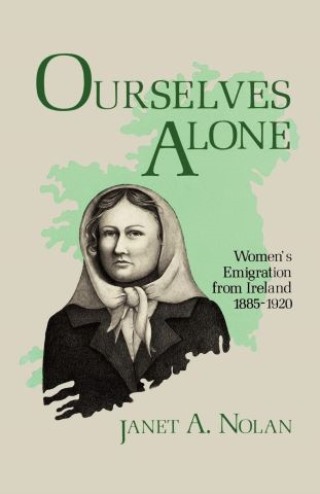 In early April of 1888, sixteen-year-old Mary Ann Donovan stood alone on the quays of Queenstown in county Cork waiting to board a ship for Boston in far-off America. She was but one of almost 700,000 young, usually unmarried women, traveling alone, who left their homes in Ireland during the late nineteenth and early twentieth centuries in a move unprecedented in the annals of European emigration.

Using a wide variety of sources—many of which appear here for the first time—including personal reminiscences, interviews, oral histories, letter, and autobiographies as well as data from Irish and American census and emigration repots, Janet Nolan makes a sustained analysis of this migration of a generation of young women that puts a new light on Irish social and economic history.

By the late nineteenth century changes in Irish life combined to make many young women unneeded in their households and communities; rather than accept a marginal existence, they elected to seek a better life in a new world, often with the encouragement and help of a female relative who had already emigrated. Mary Ann Donovan's journey was representative of thousands of journeys made by Irish women who could truly claim that they had seized control over their lives, by themselves, alone. This book tells their story.