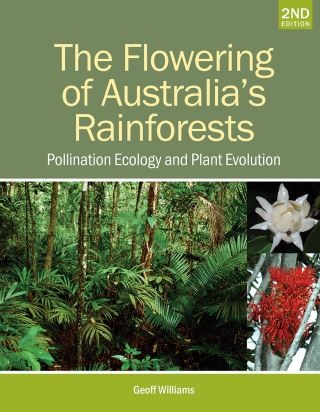 The Flowering of Australia's Rainforests

The Flowering of Australiaâs Rainforests provides a comprehensive introduction to the pollination ecology, evolution and conservation of Australian rainforest plants, with particular emphasis on subtropical rainforests and their associated pollinators. This significantly expanded second edition includes new information on the impact of climate change, fire, fragmentation and invasive species.

Rainforests continue to be a focus of global conservation concern, not only from threats to biodiversity in general, but to pollinators specifically. Within Australia, this has been emphasised by recent cataclysmic fire impacts, ongoing extreme drought events, and the wider consideration of climate change. This second edition strengthens coverage of these issues beyond that of the first edition.

The Flowering of Australiaâs Rainforests makes timely contributions to our understanding of the nature and function of the worldâs pollinator fauna, plant-reproduction dependencies, and the evolutionary pathway that has brought them to their current state and function. Illustrated with 150 colour plates of major species and rainforest formations, this reference work will be of value to ecologists and field naturalists, botanists, conservation biologists, ecosystem managers and community groups involved in habitat restoration.

Geoff Williams: Geoff Williams OAM, AM is a pollination ecologist and conservation biologist with a PhD from the University of New South Wales and a specialist background in entomology and invertebrate biogeography. He is an Honorary Research Associate with the Australian Museum, Sydney, and has particular interest in the pollination of rainforest plants, ecosystem management and forest rehabilitation. He has been awarded an Order of Australia Medal as well as honorary membership in the General Division of the Order of Australia in recognition of his contributions to science and biodiversity conservation. Geoff's research has been widely published, including in his recent book The Invertebrate World of Australiaâs Subtropical Rainforests (CSIRO Publishing, 2020).