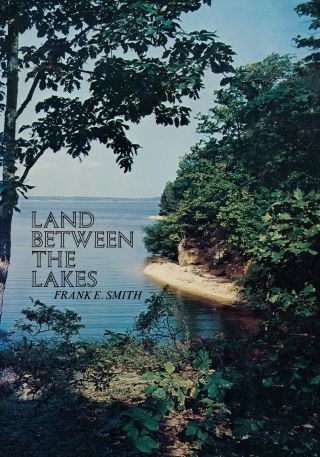 Land Between the Lakes

Land Between the Lakes Recreation Area lies in western Kentucky and Tennessee, between two huge lakes formed by dams on the Tennessee and Cumberland rivers.
Some 170,000 acres bounded by 300 miles of shoreline, Land Between the Lakes is blessed with a rich variety of plant and animal life. Conceived and administrated by the Tennessee Valley Authority, it is a unique recreational experiment which has drawn admiring visitors from around the world.

Frank E. Smith, director of TVA, tells the story of the transformation of submarginal land into a large-scale, multiple-use recreation facility that provides recreation and entertainment for thousands of visitors as well as producing a positive, dynamic stimulus to the continued economic development of the entire Tennessee Valley. Planned for fullest use of human and land resources, Land Between the Lakes is of utmost importance to recreational planners, conservation specialists, administrators, and to millions of Americans who seek their recreation in the out of doors.

Frank E. Smith: Frank E. Smith is director of the Tennessee Valley Authority, the author of five books, and has served six terms in the U. S. House of Representatives.