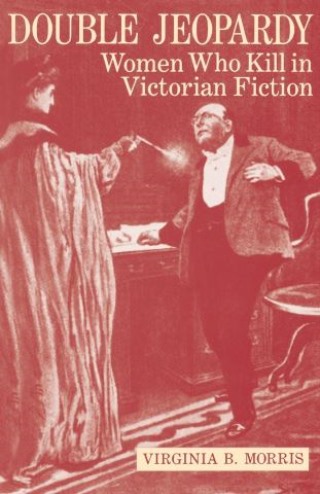 Women Who Kill in Victorian Fiction

Murder fascinates readers, and when a woman murders, that fascination is compounded. The paradox of mother, lover, or wife as killer fills us with shock. A woman's violence is unexpected, unacceptable. Yet killing an abusive man can make her a cultural heroine.

In Double Jeopardy, Virginia Morris examines the complex roots of contemporary attitudes toward women who kill by providing a new perspective on violent women in Victorian literature. British novelists from Dickens to Hardy, in their characterizations, contradicted the traditional Western assumption that women criminals were "unnatural." The strongest evidence of their view is that the novelists make the women's victims deserve their violent death. Yet the women characters who commit murder are punished because their sympathetic Victorian creators had internalized the cultural biases that expected women to be passive and subservient.

Fictional women, like their real-life counterparts, were doubly guilty: in defying the law, they also defied their gender role. Because they were "unwomanly," they were thought worse than male criminals—more vicious and more incorrigible. At the same time, they often got special treatment from the police and the courts simply because they were women. These contradictory attitudes reveal the critical significance of gender in defining criminal behavior and in fixing punishments.

Morris provides literary and historical background for the novelists' ideas about women killers and traces the evolving notion that abused or misused women were capable of using justifiable—if unforgivable—violence. She argues that the criminal women in Victorian literature epitomize the ambivalent position of women generally and the particular vulnerability of a deviant minority. Her book is a valuable resource for readers concerned with criminology, literature, and feminist studies.