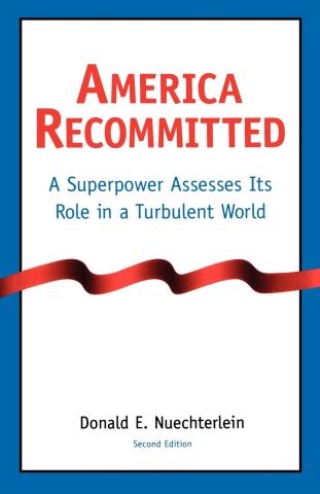 A Superpower Assesses Its Role in a Turbulent World

When the first edition of America Recommitted was published in 1991, the world was passing through a period of sweeping political and social change. The Cold War was over; China had reverted to harsh authoritarian rule; U.S.-led forces were deployed in Saudi Arabia for potential military action against Iraq; the Soviet Union was on the verge of disintegration; and the unraveling of Yugoslavia had set the stage for brutal ethnic conflicts in Bosnia and Kosovo.

In the midst of this widespread upheaval, the United States reassessed its own role as the sole remaining superpower—a process that continues today. This new edition features three new chapters that assess U.S. foreign policy during the last two years of the Bush presidency and the first seven years of the Clinton administration, bringing new data and insights to the questions that have challenged U.S. policymakers during the 1990s.