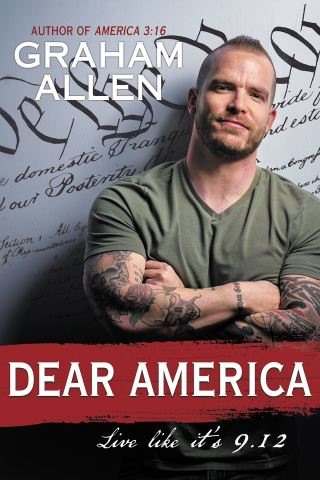 A U.S. Army veteran and rising star in the conservative movement makes the case that the United States should look to the country as it was on September 12th, 2001 for lessons about our future.

On the day after the World Trade Center was attacked, Americans came together regardless of race, religion, or sexual orientation. We were united. On that day, nearly every store in the country sold out of American flags.

After the events of the last eighteen months, from the Covid-19 pandemic to the constant attempts to divide us by race, Graham Allen believes that we should all look back on the events of 9/12 and remember what unites us. He believes that we do not all have to be the same, that it's okay not to agree on everything, but that we share a common history and a set of values.

Graham Allen is a former Army staff sergeant and served twelve years in combat, including two tours during Operation Iraqi Freedom. Today, he is the host of the podcast Dear America, and he was named one of The Huffington Post's "22 veterans to watch in 2017." In 2020, he released the book America 3:16 to critical acclaim.