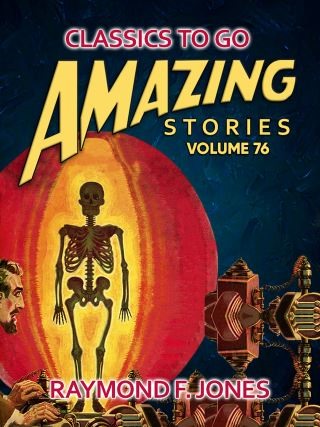 Amazing Stories Volume 76 is a great collection of action short stories from "The Golden Age of Science Fiction". Featured here is one story by Raymond F. Jones: "The Martian Circe", one story by Hayden Howard: "The Ethic of the Assassin", one story by Moses Schere: "Mind Worms", and two stories by James R. Adams: "Quest On Phoebe" , and "Con-Fen".

Raymond F. Jones: Raymond Fisher Jones (15 November 1915 – 24 January 1994) was an American science fiction author. He is best known for his 1952 novel This Island Earth, which was adapted into the eponymous 1955 film.