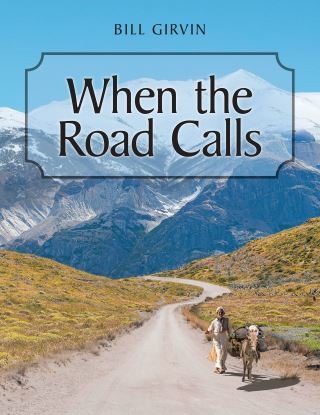 When the Road Calls

Throughout history, there have been a handful of brave souls who cast it all to the winds and let fate decide what might be hiding around the next bend in the road. These remarkable individuals all shared a yearning to discover the world, not only to find the treasures that were out there waiting to be had, but also to discover what made them who they were as they dealt with near impossible, unexpected, and, too often, dangerous situations. This is the remarkable true story of a small group of modern-day adventurers traveling overland to India from Holland on the infamous hippie trail in a $360 Volkswagen van during 1973. They were challenged by the hatred they faced in countries like Turkey, Iran, and Pakistan-just for being Westerners. There were unforgettable moments sitting on top of their wheels as they drove through the blazing Desert of Death in Afghanistan toward the lush Himalayan Mountains en route to the Heavenly Valley of Kashmir and Nepal. They were saddened by the poverty they experienced in the slums of India yet enlightened by the holy gurus and people they met along the way. From the crossing at Dover to the brothels of Thailand, each day brought new memorable moments never to be forgotten, originally written in a daily journal. More than forty years later, that journal was discovered buried deep in a steamer trunk about to be sold at a garage sale. In book form, it is now ready to be shared with the world and hopefully encourage readers to make the most out of this gift we call life.