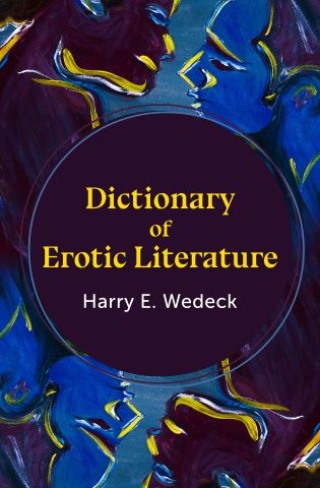 Representing cultures around the world and spanning from ancient times to the twentieth century, this A-to-Z guide explores one of the most universal and enduring themes in literature. Entries range from Ovid’s Ars amatoria, second-century Gnosticism, and ninth-century Arabian poets, all the way up to the explicit novels published in Paris in the 1960s.

Harry E. Wedeck:
Harry E. Wedeck was a linguistic scholar of the classics, an observer of spheres beyond the norm, and a practicing witch. A native of Sheffield, England, Wedeck was chairman of the department of classical languages at Erasmus Hall High School in Brooklyn from 1935 to 1950 and then taught the classics at Brooklyn College until 1968. Afterward, he lectured on medieval studies at the New School for Social Research until 1974. Some of his excursions into the unusual remain available in reprint editions. They include Dictionary of Astrology, Dictionary of Aphrodisiacs, A Treasury of Witchcraft, and The Triumph of Satan.