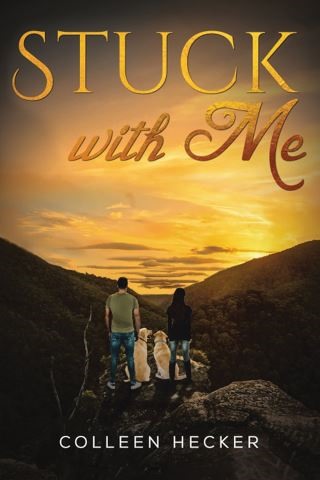 Mia Menning can’t believe her good fortune. Her two Labradors are asked to star in an Australian movie and she is flown into a national park in remote Northern Queensland to train them for the role. Mia expects to rough it at the campsite, is told there would be no cellular network coverage, but what she doesn’t expect was international movie star and infamous bachelor Daniel Devon taking an interest in her.
Hurt by a previous boyfriend and doubting his motives, Mia puts Daniel firmly in the friendzone and concentrates on her job. That is until they are both intentionally stranded in the national park with the two dogs. Having little choice but to get themselves out of the bush, Mia and Daniel have to work together to keep themselves alive.
Mia doesn’t believe that Daniel will have any lasting interest in an ordinary dog trainer once they are rescued, but she can’t stop herself from falling for the Aussie star.
Daniel is every kind of wonderful, but how can she trust this man with her heart? The simple answer is – she can’t.

Colleen Hecker: Colleen Hecker was born in NSW, grew up in country Victoria, completed a Bachelor of Education in Visual Arts at The University of Melbourne and taught for ten years. After travelling with her family, Colleen found herself in Yeppoon, Queensland, where she continued her love of writing by studying a Bachelor of Arts at CQ University in Rockhampton. However, needing to put her studies on hold when her family moved again to Southern Queensland, Colleen didn’t give up her dream to be a novelist and continued to write while raising her family.